What Happens When You Get A Domestic Violence Charge?

Many people do not realize that even the most minor conduct can lead to police involvement. If you or someone you know is facing domestic violence allegations, it pays to have a domestic violence lawyer with skill and experience on your side.

Because domestic violence allegations carry a mandatory arrest, most people appear before the judge while incarcerated, unless they can post bail before their arraignment. At the arraignment, it is a smart idea to plead not guilty. Doing so will protect your rights, your defenses, and your options available to you. The judge will then consider whether to release you or require you to post bail. Almost always, the judge will impose a no-contact order with the alleged victim while the case is pending. If alcohol or drugs are suspected to be at play, the judge may order you to take random UA’s while the case is pending. A skilled attorney will know how to plead your case to the judge. Hire a criminal lawyer in Skamania with the experience to provide you with the best DV defense.

Tom Carley has successfully defended hundreds of criminal charges including DUI’S, felony, violent assault charges and more. He can help you too. Our law firm near Skamania has experience in defending all domestic violence charges, ranging from the simple to the most violent, complex offenses, including:

We understand the complexities and nuances of criminal law. We take the time to sit down with you for a free consultation, where we will explain the entire court process and the best strategy for defending against your charges.

Prosecutors and police aggressively pursue domestic violence crimes. Once police are called out to a domestic incident, they are looking for evidence of a crime. Many people do not realize this and will call the police, thinking they are there to help sort out the situation. Unfortunately, in most cases, officers are required to make an arrest, even if no DV actually occurred. It is not uncommon for an officer to arrest somebody on scant evidence.

Domestic violence charges can carry significant collateral consequences beyond a regular criminal charge. A DV charge can come with jail time, loss of your firearm rights, no-contact orders, court-ordered counseling, loss of children or spousal support, and loss of immigration rights. It is crucial to speak with an experienced domestic violence attorney as soon as possible. Washington Criminal law attorney, Tom Carley, is on your side.

Many people do not realize that an assault can occur even where no physical harm takes place. A simple push can land you in jail. People often call the police looking for help to calm down a complicated situation, not knowing that police arrive at your house looking for evidence of a crime. If an officer finds probable cause that a crime was committed, they are required by law to arrest you and take you to jail, even when minimal conduct is alleged.

In Washington, Assault 4 can be any of the following. Note that only one of these offenses involves actual physical touching:

“Domestic violence” means that the criminal charge was done by one family or household member against another, or against a person in a current or former dating relationship.

We understand that the police often do not get the full picture before deciding to arrest. We take the time to listen to your case, evaluate the alleged offenses, and present a defense for you. Whether we get the charges dismissed or prepare to go to trial, know you have a Skamania lawyer on your side.

When your reputation and rights are at stake, hire a lawyer with the expertise required to defend you against domestic violence accusations. We have handled thousands of criminal cases, including domestic violence assault, harassment, trespass, malicious mischief, violation of a no-contact order, and many more. We understand how judges, prosecutors, and police approach these cases. We come up with a handcrafted action plan to best defend your domestic violence case. 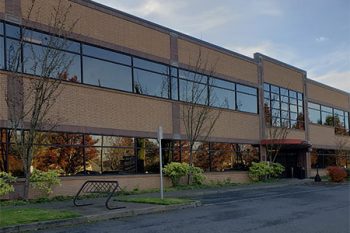 Malicious Mischief is one of the most common domestic violence crimes. Many people do not realize that a simple kick to a door or breaking a cup in your home can land you in jail. Before you know it, an officer has arrested you and taken you to jail for seemingly minor conduct. A malicious mischief lawyer can help defend you against these alleged crimes.

Police officers and prosecuting attorneys aggressively pursue Malicious Mischief charges. The most common form of this charge in the Skamania courts is Malicious Mischief in the Third Degree. Malicious Mischief 3 is a gross misdemeanor, carrying a maximum penalty of a year in jail and a $5,000 fine. In its more severe forms, there are different classifications of Malicious Mischief, including the first or second degrees (Class B and Class C felonies, respectively).

Washington law defines Malicious Mischief as “knowingly and maliciously, causing physical damage to the property of another.” RCW 9A.48.090. What this means is that a prosecutor must prove that you knowingly damaged another’s property with evil intent.

Hire An Experienced Malicious Mischief Attorney
Each case is unique, and each situation requires a skilled attorney who will methodically examine the evidence and interview those involved. Keeping in mind that the prosecuting attorney has the burden of proving your guilt, we understand that there are two sides to every story. Having a professional representation on your side can make the difference between a good outcome and an adverse outcome.

When there is a domestic violence charge filed, the judge will generally impose a no-contact order between the parties while the case is pending. Violating this order is often more severe than the underlying charge itself.

We understand the strain that can be caused by having been charged with a crime. A domestic violence charge can take a toll on you mentally, emotionally, and financially. A domestic violence conviction could mean the loss of some job positions, loss of firearm rights, no-contact orders, court-ordered treatment, loss of federal funding, and loss of child custody. Hiring a good lawyer may be the smartest decision you make.

Under Washington law, “domestic violence” involves a crime against another family or household member, including those in a current or former dating relationship.

Example of domestic violence include (but is not limited to) the following:

Domestic incidents often happen behind closed doors. There are often no police or third-party witnesses to what happened, and no physical evidence to show such as video surveillance. People sometimes call the police merely seeking help in sorting out and calming down a situation, and the police instead end up making a hasty arrest. Police officers sometimes make snap decisions without a thorough investigation. The evidence can be muddy and conflicting. It is not uncommon for an accuser to overstate something to a police officer, and later tell our defense investigators a different version of events. Our defense team is willing to work for you and leave no stone unturned.

I have successfully defended hundreds of criminal cases. I know that every case presents unique circumstances requiring a hand-tailored defense strategy. Our office takes the time to understand your side of the story, represent you in court, fight to protect your rights and work to get the best possible results.

Can You Go To Jail For 4th Degree Assault?

Washington law requires police officers to take you to jail if you are arrested for a domestic violence assault charge. When you appear before the judge, the judge will decide whether to release you from custody or require you to post bail. A 4th-degree assault carries a maximum penalty of 364 days in jail and a $5,000 fine. Talk to a lawyer to review your options.

Can You A Get Domestic Violence Charge Dropped?

Yes. While every case is different, it is possible to have domestic violence charges dropped. This could be due to the insufficiency of the evidence, through winning at trial, through negotiations, or a pre-trial diversion program. Call us for a free consultation to discuss your case and your options.

What Is The Difference Between A Restraining Order And A No-Contact Order?

A restraining order applies in civil cases, such as in divorce proceedings. The order prohibits a person from bothering or disturbing the other party, going to their house or workplace, or school of their child, or any other specified location. Violation of this order is a criminal offense. By contrast, a no-contact order is typically issued in a criminal case, such as an assault. The judge typically orders this at the beginning of the case. A no-contact order prohibits you from contacting the other person in any way, from coming to their home, workplace, or other property, or from directing others to relay messages to the other person.

What Happens If You Break A No-Contact Order?

Stay up-to-date on Washington State Law by reading more from our blog.

Is It Possible to Drop a No Contact Order?